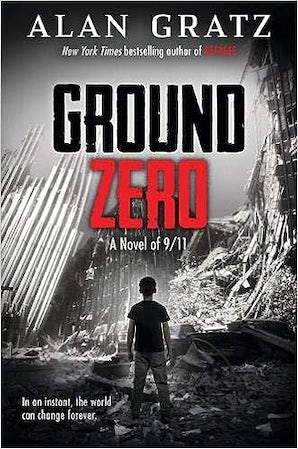 In time for the twentieth anniversary of 9/11, master storyteller AlanGratz (Refugee) delivers a pulse-pounding and unforgettable take on history and hope, revenge and fear - and the stunning links between the past and present. September 11, 2001, New York City: Brandon is visiting his dad at work, on the 107th floor of the World Trade Center. Out of nowhere, an airplane slams into the tower, creating a fiery nightmare of terror and confusion. And Brandon is in the middle of it all. Can he survive - and escape?

September 11, 2020, Afghanistan: Reshmina has grown up in the shadow of war, but she dreams of peace and progress. When a battle erupts in her village, Reshmina stumbles upon a wounded American soldier named Taz. Should she help Taz - and put herself and her family in mortal danger?

Two kids. One devastating day. Nothing will ever be the same.

I would like to order copies of Ground Zero. Please pass this request to the sales rep covering my region.