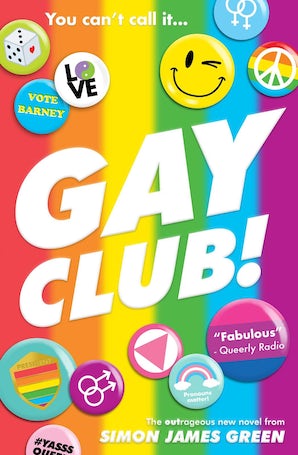 A landmark comedic novel about a group of queer teens at their worst - and ultimately their best - from one of the UK's leading writers of LGBTQ+ teen fiction.

Barney’s a shoe-in for LGBTQ+ Society President at the school club’s next election. But when the vote is opened up to the whole student body, Barney’s classmates instead vote for the school’s straightestseeming boy – Danny Orlando – to lead the club! And when a national charity announces a competition for choosing their Youth Ambassadors for a year, Danny is clearly in over his head – he needs Barney’s help. The gloves are off between school clubs competing from around the country, and as the competition gets heated at a weekend conference, it soon becomes National Coming Out Day – for everyone’s secrets!

I would like to order copies of Gay Club!. Please pass this request to the sales rep covering my region.