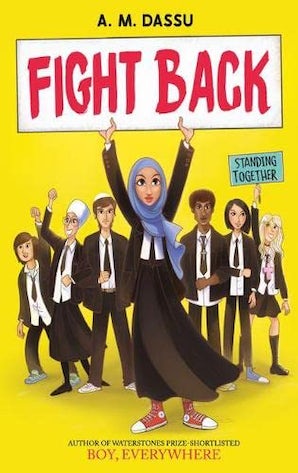 A story about finding your identity and fighting for it.

British-born Aaliyah is an ordinary thirteen year old living in the Midlands. She isn't too concerned with news about the rise of the far right ... until a terrorist attack at a concert occurs near her home and racial tension in her area increases.

Her right to wear a hijab at school is questioned and she is
attacked and intimidated. Discovering she's not alone, Aaliyah must decide whether to take a stand and try to unite her peers to halt the tide of hatred rippling through her community.

I would like to order copies of Fight Back. Please pass this request to the sales rep covering my region.