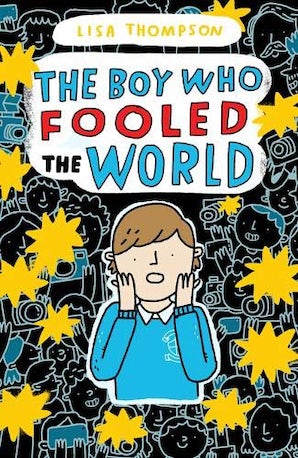 The Boy Who Fooled the World

Cole's family is struggling to make ends meet and he doesn't fit in with the rich kids at his school. Until the day a painting Cole made in Art class is unexpectedly spotted and sold in a posh London gallery for thousands of pounds. Suddenly, he's the toast of the international art world, invited on prime time chat shows, hailed as a boy genius!

But Cole has been keeping a secret... he is not the creator of the painting; the white lie he told has spiraled out of control and his world will crumble when he's exposed on live television. His family is plunged back into poverty, and there's only one way out: Cole must crack the riddle of a mysterious painting that promises the clues hidden within it will lead the solver to great riches.

I would like to order copies of The Boy Who Fooled the World. Please pass this request to the sales rep covering my region.

Choose your reading destination for the summer….

Our wonderful rep @sarahjbingham has put together

Coming this September from @chickenhousebooks! Fro

Take part in the most amazing prehistoric quiz abo

Congratulations to Elle @booksandchokers for winni

Faking the best summer ever is a lot harder than i

Are you an indie bookshop? Hereâ€™s a selection of

OUR AUGUST TOP PICKS HAVE LANDED! We have picked 2

New books for moods is also out today with our new

OUR WEEKLY NEWSLETTER is out today! Lots of great