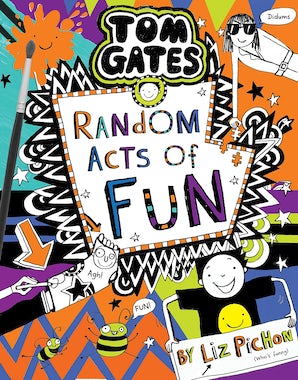 Tom Gates has fractured his ankle and is totally FED UP. Until he starts to think up fun stuff to do while he’s waiting for the cast to come off: making up a secret language with Norman, having his friends round to have a go on his crutches, sitting by the window spying on his street, and most of all: trying to get his hands on a caramel doughnut from the new bakery in town.

I would like to order copies of Tom Gates: Random Acts Of Fun. Please pass this request to the sales rep covering my region.