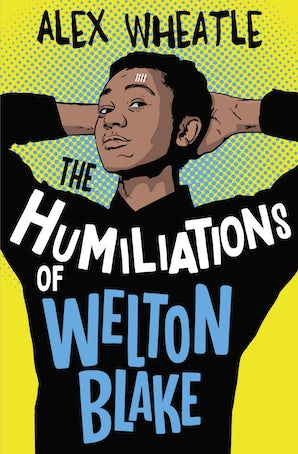 The Humiliations of Welton Blake

Hilarity follows disaster in this sharp-witted tale of the trials of pre-teen life, from award-winning and critically acclaimed ‘Crongton’ author Alex Wheatle.

Welton Blake has done it - he’s asked out Carmella McKenzie, the best looking girl in school and she’s only gone and said yes! But just as he thinks his luck, and life, is starting to change, Welton’s phone breaks kickstarting a series of unfortunate, humiliating, and sometimes gross events. Life for Welton is about to go very, very wrong …