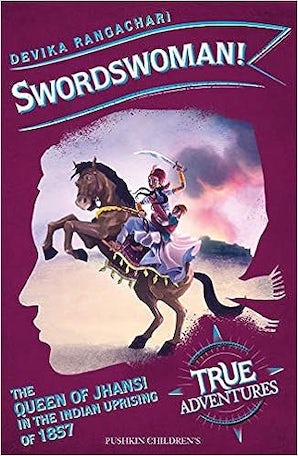 The true story of the fearsome Rani of Jhansi, the Indian Queen who took on the EastIndia Trading Company in the Indian Rebellion of 1857

Queen Lakshmibal of Jhansi was an unconventional queen. She could read and write; she rode a horse and wielded a sword; she trained other women to ride and fight alongside her. When the East India Trading Company, who ruled India in the 19thcentury, demanded that she hand over control of Jhansi, she refused. And when an uprising began to stir in 1857, and the British laid siege to her fortress, the warrior queen tied her infant son to her back, mounted her favourite horse, and escaped to raise an army. This is the story of a woman who defied all conventions to become an icon of resistance in colonial-era India.

I would like to order copies of Swordswoman!. Please pass this request to the sales rep covering my region.