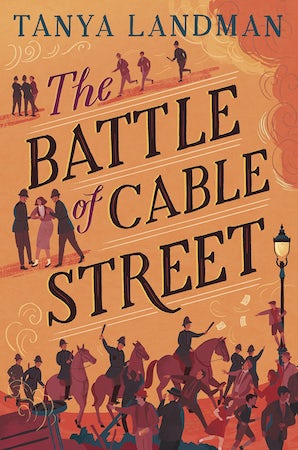 The Battle of Cable Street

Elsie witnesses the rise of antisemitic fascism in 1930s London in this gripping new story from award-winning author Tanya Landman.

Life has always been tough on the streets of Stepney, where Elsie and her brother Mikey are growing up in a vermin-infested slum nicknamed “Paradise”. But the rise of anti-Semitic fascist Oswald Mosley and his Blackshirts in the 1930s stirs up trouble between families who have lived closely together for years, and Elsie sees friendships torn apart. When Elsie and Mikey attend a Mosley rally, intending to heckle and cause trouble, they soon see how dangerous the situation has become, but out in the streets the fascists find that people will stand and fight against them and against hatred in what becomes the dramatic Battle of Cable Street.

I would like to order copies of The Battle of Cable Street. Please pass this request to the sales rep covering my region.