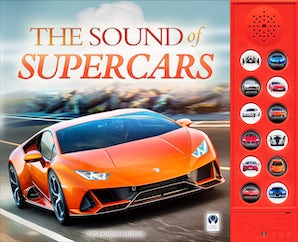 The Sound of Supercars

Never before has a book been produced that showcases the sounds of the world's supercars.

The 12 vehicles featured here have been selected and arranged according to their engine size from the 2-cylinder Morgan 3-Wheeler to the mighty 16-cylinder Bugatti Chiron. This book is designed for all those children and adults whose pulses race when the roar of a supercar reaches their ears.

To some, these dream machines all just make a very loud noise but to the enthusiast, every engine sounds unique.

I would like to order copies of The Sound of Supercars. Please pass this request to the sales rep covering my region.