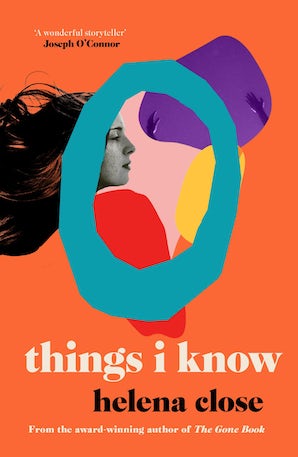 Saoirse (18) can’t wait to leave school – but just before the Leaving Cert her ex-boyfriend dies by suicide. Everyone blames Saoirse – even Saoirse herself, who cheated on him with his best friend. She is shunned by her schoolmates and suffers unbearable levels of anxiety.

Everything becomes too much, and on the night of the school Debs, Saoirse throws herself into the river – and wakes up in a psychiatric hospital. Slowly, painfully, with the support of a friendly hospital cleaner, her old best friend, her kind and hilarious grandmother, and even her irritating sister, Saoirse regains her sense of herself. Eventually she is ready for a new life at University.

I would like to order copies of Things I Know. Please pass this request to the sales rep covering my region.