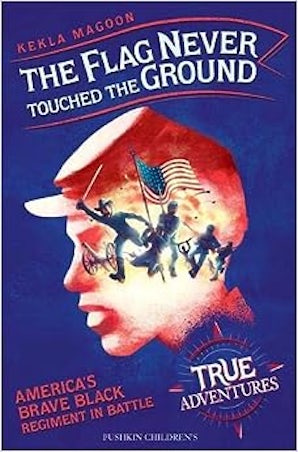 The Flag Never Touched The Ground

The story of an all-black regiment's assault on the impregnable Fort Wagner in the CivilWar, an act of extraordinary courage that changed hearts and minds in America forever.

In 1863, the US Civil War was raging. Abraham Lincoln's Emancipation Proclamationhad freed over 3.5 million African-American slaves, and now the Union Army began torecruit a second all-black regiment of soldiers to join the fight. As the bloody struggle against the Confederate South raged on, the newly-formed 54thMassachusetts battalion prepared to attack the seemingly impregnable fortress of FortWagner. The odds were heavily against them; the fort had never been taken. Americawas watching them - and when the bugle sounded they marched towards the guns,flag held high.

I would like to order copies of The Flag Never Touched The Ground. Please pass this request to the sales rep covering my region.

This error message is only visible to WordPress admins
There has been a problem with your Instagram Feed.