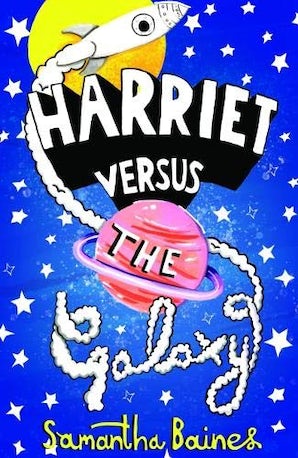 Harriet Vs The Galaxy

This inter-galactic adventure starts at home with Harriet, who suddenly realises that her hearing-aid can do more than she ever bargained for when she finds an alien in her room. Discovering that her family secretly work for an inter-galactic agency, Harriet becomes the Earth’s first line of defence as the only one who can understand the invaders. Sure, her hearing aid helps her understand aliens from across the universe, if only she could understand her own feelings.

I would like to order copies of Harriet Vs The Galaxy. Please pass this request to the sales rep covering my region.